Heroin is an opioid drug that causes effects like euphoria, sedation and slowed breathing. It’s highly addictive and can lead to opioid use disorder (OUD) after just a few uses.

The types of heroin include:

All of these types of heroin cause addiction at a high rate. That’s regardless of whether you smoke it, inject it or snort it nasally.

Around 23% of people who use heroin become dependent on it, making heroin one of the most addictive drugs.

Many people develop heroin addiction after receiving a prescription for an opioid pain medication. Heroin has similar effects to these medications and prevents you from withdrawing from them.

The problem is, heroin is very addictive and it’s easy to overdose on it. In large doses, heroin causes your breathing to slow, which can lead to coma and death.

Heroin addiction increases your risk of overdose and death. If you suspect that you’re living with heroin addiction, then you should seek help.

What Are the Effects of Heroin?

Heroin has many short-term and long-term effects on your mind and body. Its most common effects are tolerance, addiction and withdrawal.

The length and intensity of heroin’s effects depend on factors like:

The effects may be stronger and take longer to wear off if you’re older, have health problems, use large doses of heroin, or have used heroin for a long time.

When you use heroin repeatedly, you can develop a dependence on it. If you’re dependent, then you’ll experience withdrawal when you stop using heroin.

The effects of heroin withdrawal include:

Your risk of relapse is at its highest when you’re experiencing withdrawal. If you have withdrawal when you stop using heroin, you should seek medical detox help.

The effects of a heroin overdose include:

A heroin overdose can cause death very quickly. If you have Narcan on hand, administer it using an automatic injector or nasal spray, then call 911. This can reverse the overdose and buy some time until emergency medical services arrive.

What is Heroin Addiction?

Heroin addiction is the most common long-term effect of heroin use.

When you use heroin in large amounts or repeatedly, your body becomes used to its effects. This leads to tolerance, or the need to take increasingly larger doses.

In turn, that causes addiction. When you have an addiction to heroin, you have to keep using or you’ll experience withdrawal.

Withdrawal is very uncomfortable and it’s what keeps most heroin users from seeking help. You are most likely to relapse during a withdrawal episode.

Addiction to heroin leads to a never-ending cycle of using heroin to avoid withdrawal. Your social life, finances, ability to keep a job, and quality of life are commonly affected.

Heroin and Other Drugs

Most people who use heroin use other drugs as well. Heroin is dangerous to mix with other drugs because it has health interactions with many of them.

Heroin is an opioid drug, which makes it dangerous to mix with narcotic pain medications. You should never mix heroin with opioid medications.

That includes these prescription opioids:

When you mix opioid medications with heroin, you increase the risk of overdosing on both. The result can be respiratory depression or a slowing of your breathing that can lead to coma and death.

Benzodiazepines are medications that treat anxiety, insomnia, and seizures. Benzos and heroin have a severe interaction and you shouldn’t take them together.

Some common benzos include:

Taking these medications with heroin can cause death. Opioids and benzos both affect your breathing, and when you take them together, the chance of respiratory depression is much stronger. This can cause coma and death.

The combination of heroin and fentanyl is one of the most dangerous drug combinations.

Fentanyl by itself is 100 times stronger than morphine, and 100 times deadlier. When you mix fentanyl with heroin or other opioids, the risk of overdose and death is very high.

You may not even know that you’re using fentanyl, since it’s a common cutting agent in street heroin and street pills.

It’s common to mix heroin with stimulants like meth or cocaine, but there’s a serious risk involved.

People take heroin and stimulants together to increase the effects of both drugs. It’s more common to use heroin and cocaine together, a combo that’s known as a speedball.

This combination can increase your risk of overdose by stimulating your nervous system too much. Stimulants make your body crave more oxygen, while depressants like heroin make your breathing slow down.

The resulting strain on your body can lead to an overdose at doses that you wouldn’t expect.

Heroin and alcohol is an unsafe combination that can cause brain damage and much worse.

When you drink alcohol while using heroin, your risk of addiction and overdose increases significantly. You may experience tremors, trouble with movement and even seizures.

This is the result of your respiratory system being suppressed too much. Alcohol and heroin both slow breathing, which deprives your body of oxygen. You can experience permanent brain damage and even death.

Heroin and Other Medications

Heroin interacts with many medications, especially medications that have a sedating effect. You should not take heroin while using:

What Are Statistics on Heroin Addiction?

In 2018, the Centers for Disease Control and Prevention (CDC) reported that:

Get Help for Heroin Addiction

If you think you’re affected by heroin addiction, then it’s time to start considering treatment. Recovering from heroin can be very challenging without medical support because heroin withdrawal is so severe. It is important to get help with your addiction through a quality addiction treatment program. Treatment centers can provide a safe space to detox from heroin comfortably and continue on with therapy in order to avoid using again.

Heroin addiction claims thousands of deaths every year, but you don’t have to be part of that statistic. Get help today. 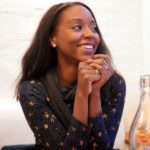 Medically Reviewed by
Dr. Francine Mends, MD
Questions About Treatment?
Get confidential help 24/7. Fill out the form below for:
People Searched Next
What Are the Effects of Heroin Treatment for Heroin Addiction
Treatment Types
Find the best type treatment
What Is A Drug Detox Program? What To Expect In An Inpatient Rehab Program What Is An Outpatient Drug Rehab Program?

Where Do Calls Go?

The helpline at RehabAdviser.com is available 24/7 to discuss the treatment needs of yourself or a loved one. This helpline is answered by Ark Behavioral Health, an addiction treatment provider with treatment facilities in Massachusetts and Ohio.

You nor your loved one are under any obligation to commit to an Ark Behavioral Health treatment program when calling our helpline.

If one of our treatment centers is not a good fit, our representatives may refer you to another detox or treatment center, or the Substance Abuse and Mental Health Services Administration (SAMHSA) hotline to find a program that best suits your needs. We do not receive any compensation or commission for referrals to other treatment facilities.

This helpline is a free resource at no cost to the caller. We are here to provide assistance in locating an Ark Behavioral Health treatment center that may meet your treatment needs.

To find a treatment program, browse the top-rated addiction treatment facilities in each state by visiting our homepage, or by viewing the SAMHSA Treatment Services Locator.

Who Answers?
GENERAL DISCLAIMER: RehabAdviser.com is designed for educational purposes only and is not engaged in rendering medical advice. The information provided through RehabAdviser.com should not be used for diagnosing or treating a health problem or disease. It is not a substitute for professional care. If you have or suspect you may have a health problem, you should consult your health care provider. The authors, editors, producers, and contributors shall have no liability, obligation, or responsibility to any person or entity for any loss, damage, or adverse consequences alleged to have happened directly or indirectly as a consequence of material on this website. If you believe you have a medical emergency, you should immediately call 911.